NSW Government opens the floodgates for irrigators to profit

Conservation groups are outraged at the NSW Government’s decision to allow big irrigators to take millions of litres of flood water from the Barwon-Darling river system.

The government on Monday (February 10) temporarily overturned a restriction it placed on the capture of floodwaters just three days before on Friday (February 7).

The move could divert millions of litres of water from towns and the environment into the storages of large irrigators in the north of the basin. 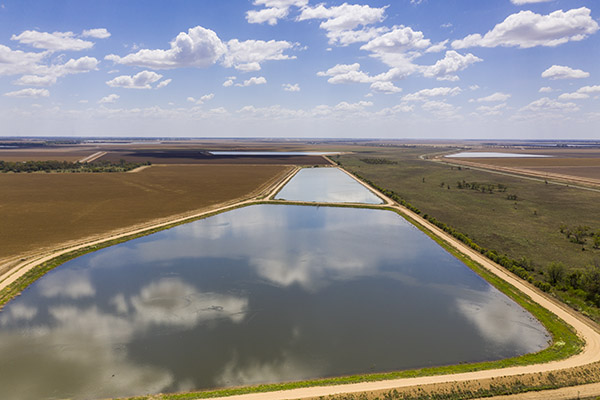 “After such a prolonged drought, the priority for these vital first flows through the Barwon-Darling system must be to replenish town water supplies and revive fish stock and river ecosystems,” Nature Conservation Council CEO Chris Gambian said.

“Over-extraction by big irrigators, aided and abetted by the NSW Government, has made the impact of this drought much worse than it should have been. The drought is not yet over, and the government is at it again.

“The NSW Government’s management of the recent flows has been chaotic and poorly communicated, with three contradictory directions issued over the past week

“On Friday, it simultaneously imposed a restriction on floodplain harvesting in the northern basin while also authorising landholders use of illegal levies and dams to capture and store overland flows. Then on Monday it announced a three-day free-for-all allowing irrigators to take as much water from the floodplain as they can pump.

“Once again the government appears to be pandering to the interests of big irrigators ahead of communities and the environment.”

Inland Rivers Network spokesperson Bev Smiles said: “These flows are the first ray of hope for the Darling River for years and should be allowed to flow through the system to Menindee Lakes and the Lower Darling.

“They are an important opportunity to reverse the extreme stress suffered by the Darling River and its dependent communities and wildlife.

“Now the government has authorised irrigators to harvest the best part of the flows in Namoi, Gwydir and Barwon rivers. The ad hoc approach to water management in western NSW has caused significant trauma to people, native fish and the riverine environment along the Darling River.

“This opportunity to revive the river system has been squandered at the behest of the powerful upstream irrigation lobby.”